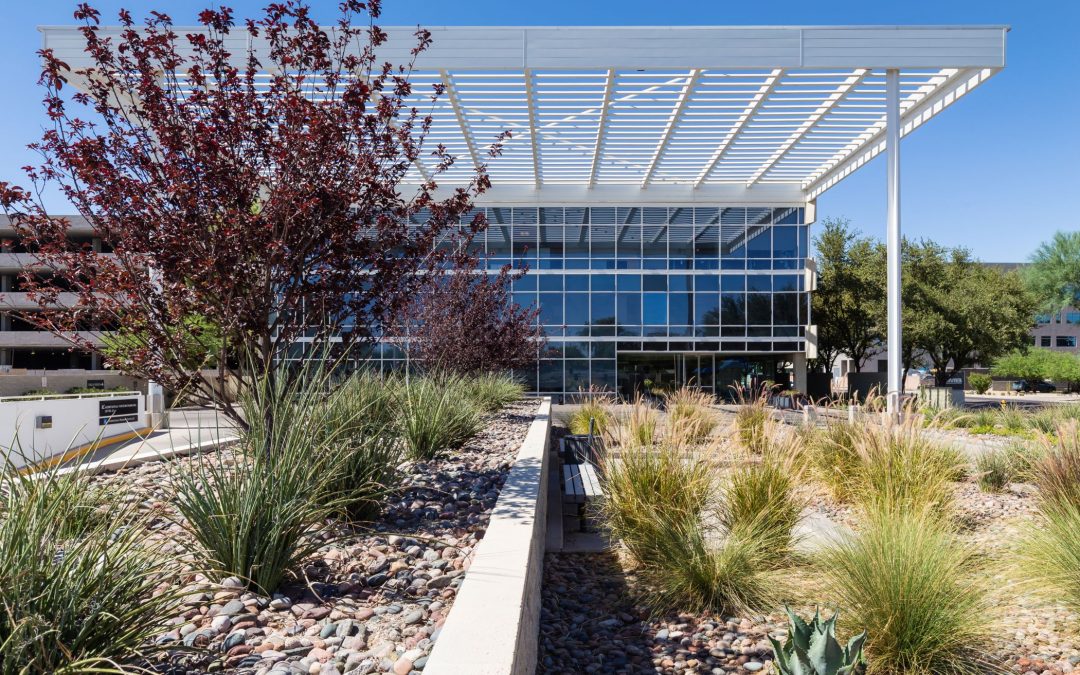 < BACK TO News NEXT STORY >

LPC purchased Twenty Seven Camelback in 2017 and immediately renovated the building with an upgraded lobby, new conference facility, outdoor lounge area and improved signage, landscape and hardscapes. It also completed improvements to secure ENERGY STAR Certification by the U.S. Environmental Protection Agency (EPA), denoting an average 35 percent less energy use than a typical building and the release of 35 percent less carbon dioxide into the atmosphere.

LPC has provided institutional-level asset, property management and leasing services at Twenty Seven Camelback since its acquisition of the property. The company will continue to manage and lease the building for the new owners, Rosebud Properties.

“This portion of the Camelback Corridor has enjoyed an extended period of renovation and new construction, which has even further cemented the long-term value of Twenty Seven Camelback,” said Lincoln Property Company Vice President John Orsak. “This has always been a very flexible building, able to accommodate a wide range of tenants in one of the Valley’s most sought-after office corridors. We’re confident it will perform well for its new owners as the office sector continues to rebound.”

Twenty Seven Camelback is currently 87 percent occupied by tenants such as UMB Bank, Abrazo Medical Group and Lavidge. It is surrounded by landmark office, retail and restaurant destinations, as well as newer developments such as the Cortland Biltmore luxury apartment community and an AC by Marriott hotel.

The building offers prominent signage exposure to Camelback Road, is minutes from State Route 51 and Sky Harbor Airport, and is walkable to more than a dozen restaurants and Biltmore Fashion Square.

About Lincoln Property Company
Lincoln Property Company (LPC) is an international full service real estate firm offering real estate investment, development, design/construction management, leasing and property management/ receivership/asset management services. LPC has approximately 8,500 employees with an international footprint that includes offices in 45 cities across the U.S. and 12 countries in Europe. Since 1965, LPC has developed more than 138 million square feet of office, industrial and retail projects known for their design, quality and superior locations. It currently has more than 433 million square feet of commercial space under leasing and/or management. Lincoln is also one of the nation’s largest apartment developers, having developed more than 209,000 multifamily units and currently managing more than 165,000 multifamily units.

LPC’s Desert West Region is based in Phoenix and includes Arizona, Nevada, Utah and New Mexico. Since its start in 2001, the regional office has developed over 15 million square feet, acquired more than 6 million square feet and manages almost 19 million square feet of commercial space, including major, award-winning and LEED Certified developments and investments. Since 2019, the company has completed two of the highest-priced metro Phoenix office and industrial transactions and launched the Union office campus in Mesa, new buildings at The Grand at Papago Park Center in Tempe and the Park303 logistics park in Glendale, among other developments. LPC Desert West is consistently ranked among Phoenix’s top commercial real estate firms for both development and property management, earning consecutive 2018, 2019 and 2020 NAIOP Arizona Owner/Developer of the Year awards and designation as an Arizona Republic Top Companies to Work for in Arizona. In 2020, the firm kicked off a regional expansion plan, entering the Nevada and Utah markets with Class A industrial acquisitions. To learn more about Lincoln Property Company, please visit www.lpc.com or www.lpcdesertwest.com.

Lincoln Property Company produces consolidated quarterly market reports in-house. Unlike any others in our market, we calculate our market averages based on the results reported from the top seven Phoenix brokerage houses and CoStar. This gives our clients and colleagues a unique view of the market unlike any other.